Former Religious Studies Teacher turned stand-up comedian Kevin Precious turns his hand to examining his former profession, and takes a sideways look at the teaching and schools more generally. A work-in-progress show from a seasoned professional who previously toured the UK's theatres and arts centres with a show dedicated to precisely the same subject. 'Kevin's stage charisma and poise set him head and shoulders above the previous acts' (Times). 'Instantly recognisable stage presence and boundless wit' (Leicester Mercury at the Leicester Comedy Festival).

Jon began standup comedy in 2010, with his first performance at Birmingham’s Highlight Comedy Club. Cut to nine years later and Jon has become a regular face on the circuit, performing at prestigious clubs such as The Glee, The Boat Show & The Comedy Store, Jon’s career has even taken him overseas with performances in Spain, Norway and even as far away as Wigan (it is like being on another planet).

Jon’s laid back storytelling has audiences hanging on his every word. With tales based around his own life experiences, his anecdotes are relatable and certain to have people in hysterics. Jon is a prefect addition to any line up and can both MC and do a set.

Adele Cliff brings her new show about the power of knowledge and the power in refusing it to the Brighton Fringe Festival. New jokes, new ideas and hopefully a new haircut.
Adele is the reigning UK Pun Champion (2020) has featured in Dave’s Funniest Jokes of the Fringe four years running (2016, 2017, 2018, 2019). An accomplished joke writer she has also featured in best jokes lists in The Telegraph, The Evening Standard, The Irish Times, The i Newspaper and The Metro as well as being nominated for Leicestershire’s Favourite Joke in 2019. 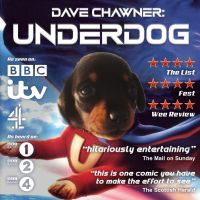