Jay Sandhu and Tej Dhutia: How did we get here?

Jay Sandhu and Tej Dhutia: How did we get here? 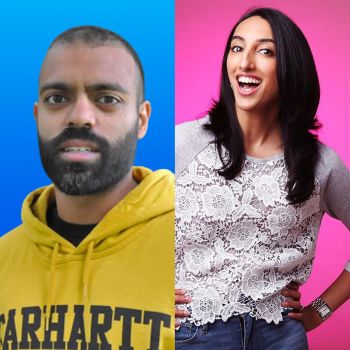 Nottingham-based Jay Sandhu is a comedian, writer and poet. Punchy, informative and witty, his poetry and comedy focus on race and culture. Jay’s style is story driven with some punches that come out of nowhere and some sprinklings of dark humor.

He has had multiple spoken-word pieces commissioned for the BBC, one of which launched a mental health project for young people. Jay is also part of the GOBS Spoken Word Collective. He has performed at Bradford, Brighton and Edinburgh Fringe. Jay has performed as part of BBC airwaves festival, as well as closing a stage at Wollaton arts festival. He has headlined Late Stage Comedy, and Poetry Scum. Jay was recently shortlisted as one of the best acts of the year at Hagglers Comedy club. Last year had a near sell out feature show at Nottingham comedy festival. Jay had an Arts Council grant to transition his poetry into music and has an album coming soon.

He is the host of the Nott Another… events in Nottingham and has also recently published a poetry collection called RACE, available for purchase now!

You can keep up to date with everything he is doing at @sandhuwrites @nott.another linktr.ee/sandhuwrites

By the time Tej was 30, she had followed the ‘Good Indian Girl Playbook’ to the very last letter:

Job as a pharmacist ü

The ‘Good Indian Girl Playbook’ is a guide designed to give you security and stability, and it does, but it also left Tej with a few issues (!)

As a curious soul Tej couldn’t help but stew on experiences such as: taboo topics of South Asian culture, the challenges of marriage, the oddities of sex, the wild and wacky world that children see, and the mundane nature of routine.

Some said she should try therapy but instead she subscribed to the idea that laughter is the best medicine and comedy became her healer!

So join Tej on her journey of self-discovery as she stops following the dull and predictable ‘Good Indian Girl Playbook’ and begins writing some funny chapters to her own story.

You may have recently seen Tej performing for BBC Asian networks Comedy show! 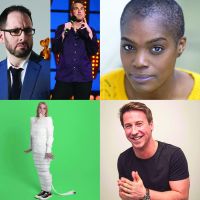