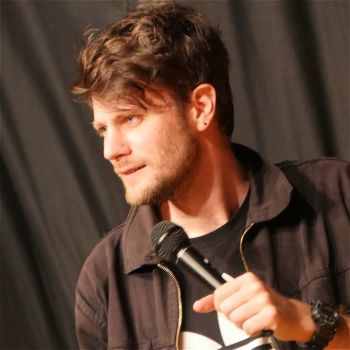 Philosophy Pig is a hilarious investigation into animals and philosophy from rising star Alex Farrow. An excerpt was featured in the Times in 2021 as part of the best jokes of the Edinburgh fringe. Sell-out run at Edfringe 2021 ★★★★★ The Scotsman "Like a non-irritating Jack Whitehall crossed with Rob Newman". ★★★★★ - The Edinburgh Student - "packs a philosophical punch" -. Alex is the host of award-winning Jericho Comedy in Oxford, as recommended by the Telegraph, the i Paper, Chortle and Sunday Times. Twitter @alex_Farrow Insta @alexfarrowcomedy.